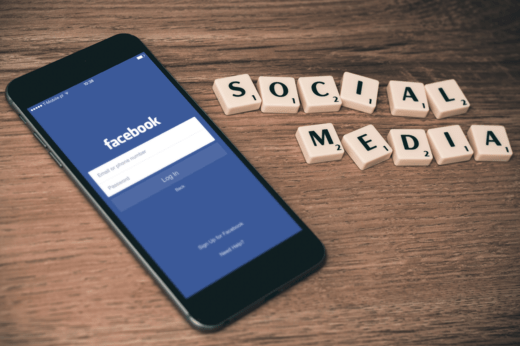 There’s no doubt social media has influenced our daily lives in many ways. It doesn’t help that the internet blew up and became as big as it is today. The popularity of smartphones and tablets has also contributed to the popularity and the influence of social media in today’s society.

Many users on different platforms made meaningful connections through social media, while others blame social media on society’s worsening mental health. Social media has made it possible to access information easily, but at the same time, the spread of wrong information also begun in social media platforms. Like everything else in life, there are good and bad sides to social media.

It boils down to the individual how they handle social media influence in their lives. Many have made their platforms as a source of positivity and learning for others. Other users have used it to spread negativity and hate.

Below are some examples of how social media impacts our daily lives.

A big way that social media influence society daily is it allows them to form contacts with a lot of people. There are more opportunities to make friends through social media platforms such as Facebook, Twitter, and Instagram. Even those that are separated by great distances can easily keep up to date with each other’s lives.

Birthday greetings from friends and family can now be received instantly. More than half of the world’s population can be reached within seconds even if they live across the globe.

A lot of things can be said about the consumer market, especially as it relates to social media. The influence of social media on society can be seen in the buying habits of people.

Now, people don’t just go to a store and buy the first thing they see. They first do intensive research on the brand, model, and even the color of a product they want to buy. Social media has certainly made it easier to read reviews from other consumers and help you make your decision.

The best feature of any social media platform is its ability to share information and opinions about certain topics. Users are given free rein on the topics they want to discuss and do so in any manner of way.

Facebook, for example, offers its users a convenient way to create group forums through their Facebook Pages. It’s easy to create and it can be open to the public or by invitation only. Like-minded people from around the world can convene and share insights and knowledge about any number of topics.

Business owners realize early on that social media’s influence on society is going to grow. They began to market their products through different social media platforms to great success.

Now, there are very few businesses that don’t have an online presence. Others exclusively market on social media through paid advertisement, product reviews, or influencer collaboration.

Through social media, they can advertise better equipment and the top specialists that are part of their team. They can also feature celebrities and social media influencers who patronize their services. Doctors are also encouraged to interact with people through social media.

A good example is doctors answering medical questions and posting it on their social media page.

Social Media and the Economy

At this moment, social media has become a legitimate industry, providing thousands, if not millions, of people with job opportunities. Facebook employs close to 7000 employees worldwide, and as the platform grows, that number will only continue to rise.

There’s no question that the influence of social media on society helped to decrease the unemployment rate in many countries by offering jobs that didn’t exist a couple of decades ago.

Come election season, there’s no better place to get the latest election news than on Facebook and Twitter. Everything is shared on those two platforms and people are allowed to comment and like such content. In fact, many candidates have formed a dedicated team exclusively to handle their social media campaigns.

In most cases, people turn to social media to air their grievances and bridge the gap between politicians and regular people. The influence of social media on society is evident when people use it as their voice.

It seems everyone is posting every minute of their lives on social media. Whether it’s pictures on their vacation or everyday tasks, we see the influence of social media in society’s daily activities just by scrolling through our feed.

It can be quite easy to feel inadequate because your life is not the same as that of others. Comparing your life to those that you see in your feed can have ill-effects in your mental status because we don’t see the struggles in our feed, just the good times.

The fact that everyone is always looking at their mobile phone can pressure others to always be online as well. It limits their time spent alone and just by themselves which, in itself, can be a learning experience. Other platforms like Instagram and Twitter can be like a numbers game where the more instagram and twitter followers you have, the more people feel good about themselves.

It’s almost impossible to imagine a time in the future where the influence of social media on society doesn’t exist. I think it’s safe to say that Facebook, Twitter, Instagram and many other social media platforms will be here for a long time. With it comes good and bad effects. It is our responsibility to be a little more discerning and smart on how we use social media.